While in school I sought after many stories. Here are a few of which were used for digital and newspaper publishing. The following were during classes with Professor Ray Marcano.

(links are no longer live)

Trending around the world, demolishing cities that resemble New York City and producing the most renown movie scripts and song lyrics of our time, I’m talking about the state of Ohio.

“Ohio is for Lovers” is merely a memory from the early 2000s as many artists are emerging from underground to mainstream, and the most popular movies are being filmed in the Cleveland, Cincinnati and Columbus regions, which are cities and towns that mock “original Hollywood-like” cities.

Underground rap artists, singers, athletes and performers are on the rise from all over the state.

Take a look into what’s been happening in Ohio.

Some of the biggest movies have found themselves being filmed in the heart of Ohio’s best skylines.

“The Avengers” is Ohio’s biggest film bringing in more than $1.5 billion, The News-Messenger’s Craig Shoup stated. Cleveland’s skyline is main stage for these action-packed scenes where Captain America, Thor, Iron Man, The Hulk and Black Widow take out an entire alien militia.

Who would have known that the Fast and Furious movie series would take over the world, and each one arguably better than the last. Fast and Furious 8 or “Fate of the Furious” releases on April 14, with it’s backdrop in Cleveland.

If nominated, Scott says he will be the “first black director ever selected for the live-action short film Academy Award.”

We know it’s a worldwide celebration, so if you’re trying to figure out what to do in town, we’ve got you covered. 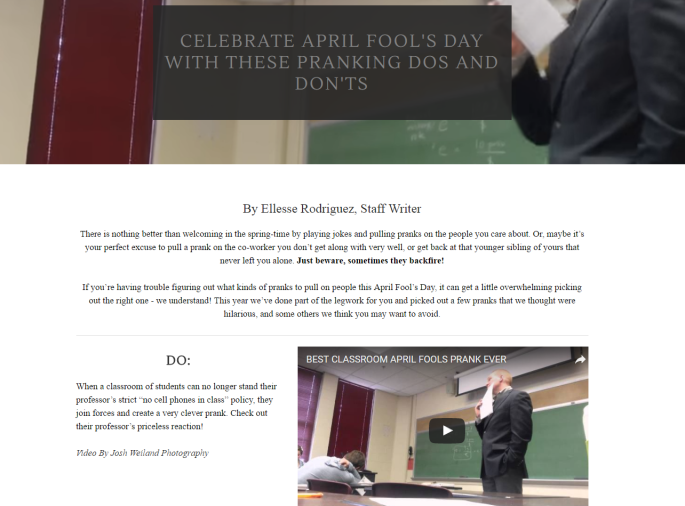 There is nothing better than welcoming spring with jokes and pranks pulled on the people you care about. April Fools!